Let us tell you the price and features of Maruti Suzuki Swift S-CNG. 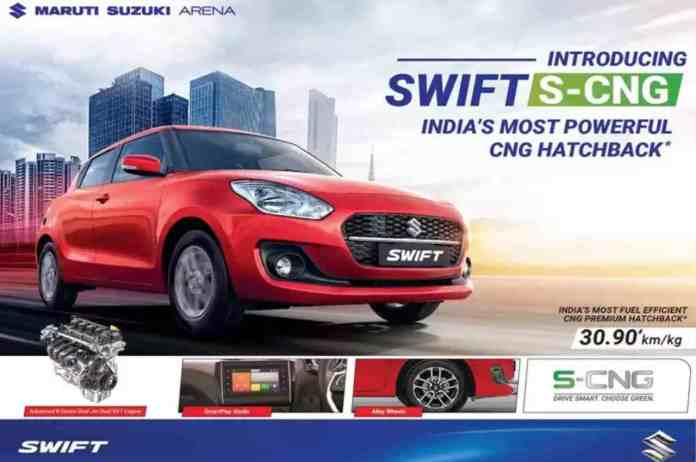 New Delhi: Maruti Suzuki India Limited (MSIL) has also launched one of its best selling hatchback cars Swift with factory fitted CNG. Maruti Suzuki has introduced the Swift S-CNG in two luxurious variants namely VXi and ZXi, with a starting price of Rs 7,77,000. After the updated WagonR CNG and Celerio CNG as well as the DZire CNG this year, Maruti Suzuki has now launched the Swift CNG in the popular hatchback segment, giving customers another great option. Let us tell you the price and features of Maruti Suzuki Swift S-CNG.

Talking about the prices of Maruti Swift S-CNG, the Swift VXI CNG is priced at Rs 7.77 lakh (ex-showroom) and the Swift ZXI CNG is priced at Rs 8,45,000 (ex-showroom). The Swift CNG is powered by a 1.2 L K-series DualJet, Dual VVT engine as well as a CNG kit with S-Technology, which is capable of generating up to 77.49 PS of power and 98.5 Nm of torque. The Swift CNG mileage is 30.90 Km/kg. Maruti Suzuki claims that it is the most fuel efficient and powerful CNG car in the premium hatchback segment.

Swift CNG can also be taken on subscription

Let us tell you that Maruti Suzuki Swift has bumper sales every month in India. In the last month, i.e. July also, Swift CNG was the third best selling car. Swift has sold 26 lakh units since its launch. Its next generation model is also going to be launched in the coming time. Featuring great looks and latest features as well as powerful engine, this hatchback has created a ruckus in the Indian market with its aggressive price range and performance. You can also get the Swift S-CNG on subscription starting at Rs.16,499.