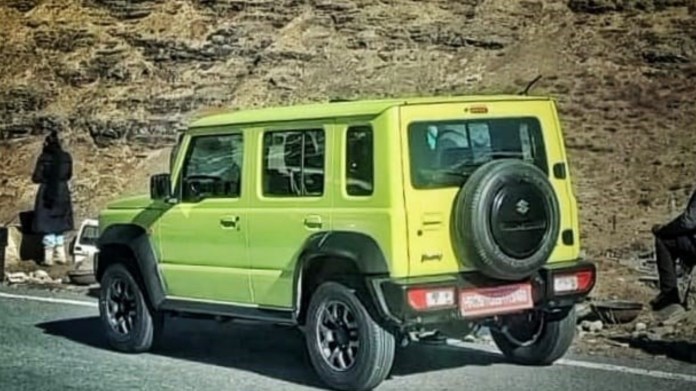 New Delhi: Maruti Suzuki will launch two new SUVs at the 2023 Auto Expo to be held in Delhi next month. Both these SUVs will join the new Grand Vitara-like range. Out of these two, one will be a crossover and one will be a proper 4×4 vehicle.

You must have understood that both these SUVs are SUV Jimny and Baleno Cross. The Jimny will be the first SUV from Maruti to be a hard-core off-roader and its 5-door version has been prepared for the Indian market. The new Jimny will also get hardcore off-road capability along with more space.

The other SUV, on the other hand, will be a crossover based on the Baleno hatchback, but will get a facelift with new styling and cladding all around.

Despite being based on the Baleno, it will have higher ground clearance and will sit below the Brezza in the portfolio. Apart from getting the turbo petrol unit in Baleno Cross, many other changes are expected.

Maruti Suzuki is looking to increase its SUV portfolio and with these two new launches, the empty space of SUVs in the company’s portfolio will be filled. Both the Jimny and Baleno Cross will be lifestyle SUVs and will be sold through Nexa sales outlets.

Apart from launching these two new SUVs, Maruti will also showcase a concept electric SUV on the first day of the 2023 Auto Expo.

The company has launched several cars like Baleno, Grand Vitara and new Brezza in the year 2022, which it will continue in 2023 with the launch of models like Jimny and Baleno Cross.