Maruti Suzuki Jimny has finally been spied, lets revise the features and price. 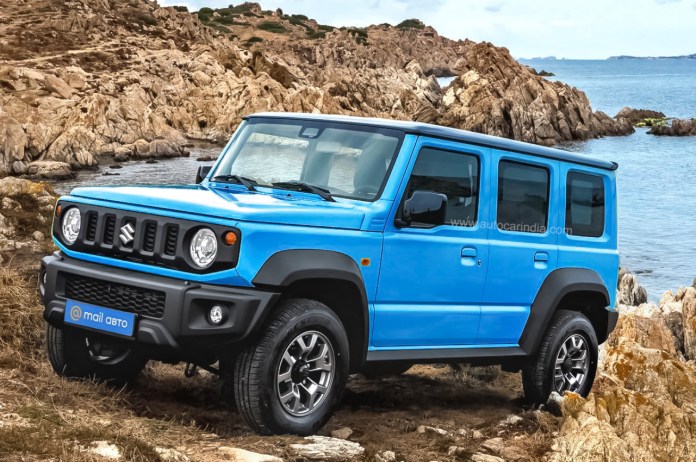 New Delhi: The much-awaited Maruti Suzuki Jimny 5-door SUV body style for India has finally been spied and we got our hands on pictures of the SUV on Indian soil.

We can also confirm that the Maruti Suzuki Jimny made for India will make its debut at the upcoming Auto Expo 2023 in January.

While the five-door Jimny was spotted testing in Europe a few months ago, the sighting of a test mule in India could mean that this version is headed here.

While the 3-door Jimny is already being produced in India for export markets, till date not a single unit of the 3-door or 5-door version of the SUV has been seen in camouflage or otherwise.

In addition, the test mule has Maruti Suzuki’s signature test registration marks that have been seen on other Maruti products during their respective testing phases. The fully covered mule could also hide the expected facelift for the Jimny, which could debut as a five-door first.

While no major changes are expected inside, expect more second-row space, a new upholstery texture and a larger 9-inch touchscreen instead of the 7-inch unit in the current Jimny sold abroad. .

Additionally, the model seen in India is a right-hand drive unit and not the left-hand drive version seen in Europe. Until now, the Indian-made Jimny was only produced in left-hand drive guise, as it was meant for export only.

As for the engine, the Jimny will most likely come with the Maruti K15C 1.5L DualJet engine, which could make its debut in the five-door model. The three-door Jimny sold abroad comes with the K15B powerplant, which has been replaced by the K15C in India.

The new Jimny will be sold through Maruti Suzuki’s Nexa outlets and will compete with the Mahindra Thar and Force Gurkha, which will soon be available in 5-door guise. All three SUVs could see an official premiere sometime next year and then go on sale.