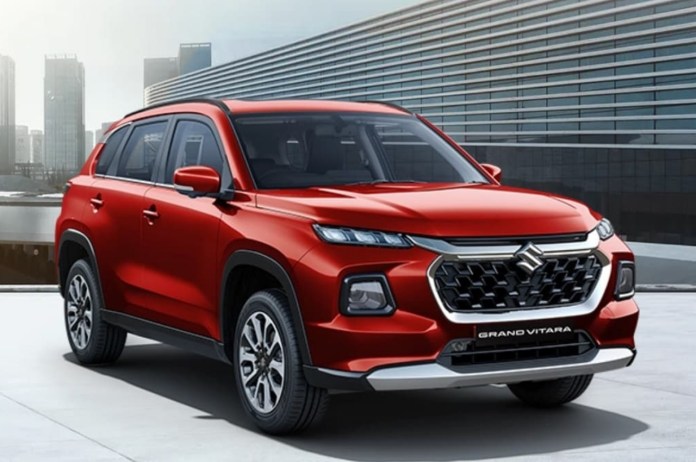 New Delhi: Maruti Suzuki has now launched its recently launched SUV Grand Vitara in the CNG version as well. Its mileage is 26.6km/kg and its initial ex-showroom price has been kept at Rs 12.85 lakh. It is the first car in the SUV segment to come with a factory fitted CNG kit. The starting ex-showroom price of its petrol model is Rs 10.45 lakh.

Maruti Suzuki has prepared its SUV Grand Vitara for CNG variants like Delta and Zeta. The price of its Delta CNG variant has been introduced at Rs 12.85 lakh and the price of Zeta CNG variant has been introduced in S-CNG, in which the ex-showroom price of Grand Vitara and the ex-showroom price of Grand Vitara have been kept at Rs 14.84 lakh. The car is powered by a 1462 cc petrol engine along with a factory fitted CNG kit. This engine is capable of producing 87.83 PS of power and 121.5 Nm of torque on CNG. It can get a mileage of 26.6 kmpl.

How will the features be?

Maruti Suzuki’s Grand Vitara has been in high demand ever since its launch, due to which it sells a lot. The CNG model of this car has been brought only in the option of manual transmission. Features like head-up display, automatic AC, 6 airbags, ventilated seats, voice assistance, Suzuki Connect, 360-degree camera and tire pressure monitoring, panoramic sunroof, 9-inch touchscreen with Android Auto and Apple CarPlay support All the features of the regular model including the infotainment system, wireless charger have been given.

Will compete with the Urban Cruiser Hyrider

This SUV will compete with Toyota’s Urban Cruiser Hyrider CNG in its segment. Toyota is about to launch its Hyrider CNG at the Auto Expo this month. This car is also built on the same platform as the Grand Vitara and is quite similar to the Grand Vitara.]