Maruti Suzuki has revealed that the 4WD variants - offered only with a mild-hybrid manual - have accounted for 5-7 per cent of the total bookings so far. Know 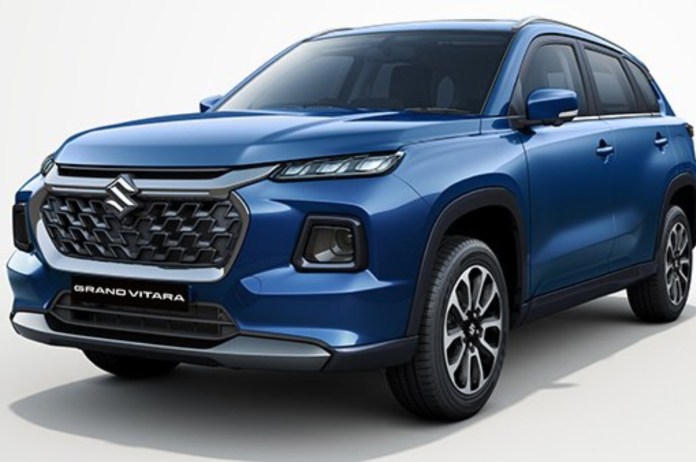 New Delhi: We recently reported that the Maruti Suzuki Grand Vitara has garnered 53,000 bookings just weeks ahead of its launch later this month, with the powerful hybrid variants accounting for 43 percent of the total bookings.

Now, Maruti Suzuki has revealed that the 4WD variants – offered only with a mild-hybrid manual – have accounted for 5-7 per cent of the total bookings so far.

The 4WD variants thus account for about 2,750-3,750 units of the total bookings, and that’s not a lot. This is despite the fact that it is offered in a mild hybrid manual, which could make the 4WD competitively priced.

Notably, the Grand Vitara also lacks a 4WD system with a mild-hybrid automatic, although the Indian-made Grand Vitara that is exported to South Africa offers the same.

In India, customers preferring a 4WD option in vehicles that offer it has been rather limited. The Mahindra XUV700 and Scorpio N are the only two SUVs in the sub-Rs 25 lakh range to be offered with an optional 4WD system.

For the two vehicles, 4WD variants are understood to account for about 15 percent of their total sales. In the overall passenger vehicle market, SUVs with all-wheel drive still make up less than 1 percent. In terms of hardcore off-roaders, only the Mahindra Thar and Force Gurkha come standard with 4×4 in this price range.

However, Maruti Suzuki is confident that the Grand Vitara has a strong chance of disrupting the segment.

“What I believe will prove to be a very positive for the Grand Vitara is the sheer range of options on offer,” said Shashank Srivastava, Senior Director, Marketing & Sales, MSIL. “Within the SUV segment, it will appeal to a variety of customers, those looking for a hybrid, the convenience of an automatic or the capabilities of an all-wheel drive SUV.”

The Grand Vitara may boast a unique hybrid drivetrain and 4WD technology, but the competition – led by the Hyundai Creta and Kia Seltos – is also well placed to offer a myriad of options such as diesel, turbo petrol and naturally aspirated petrol.

However, Maruti Suzuki believes that this all-new SUV will eventually eat into the sales of its main rivals and expand the segment.

“As with any new model, they tend to uplift their respective segments. We expect a little bit of both – cannibalization of existing models in the mid-size SUV segment and its overall expansion with the entry of the Grand Vitara,” Srivastava said.

Maruti Suzuki will announce the prices of the Grand Vitara SUV by the last week of September, with customer deliveries starting in early October. Bookings are underway for the Grand Vitara at a token amount of Rs 21,000. More details on Grand Vitara specifications, equipment and features