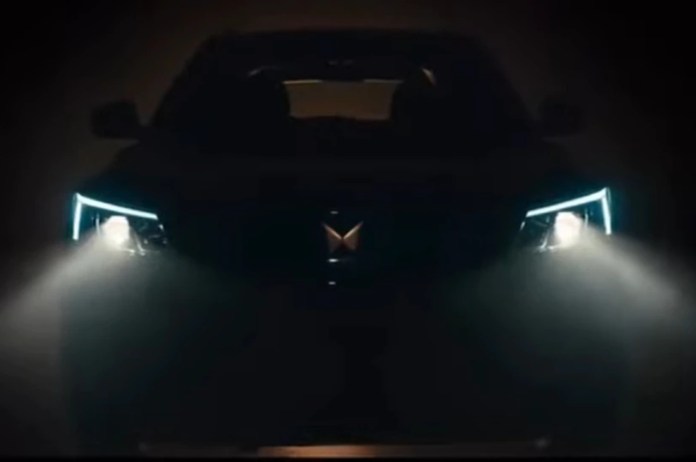 New Delhi: Mahindra is trying to establish itself as India’s leading EV manufacturer and is marching towards it. In the recent book, the company has introduced 5 electric SUVs under the Born Electric range, whose first car will be launched in 2025. However, before this, a new electric SUV will be launched by the company in the coming few days, which will be based on the existing XUV300. The name of this new electric SUV will be Mahindra XUV400. However, it will be slightly longer than the XUV300. The length of the XUV400 will be 4.2 meters, while the length of the XUV300 is 3,995 mm. Its wheelbase may also be longer than that of the XUV300.

At present, new spy shots have come to the fore, in which its sunroof has been seen. Earlier, Mahindra had released its teaser, in which the front of the XUV400 electric was seen. Looking at that teaser, it seems that it will be similar to the XUV300 electric concept, which was showcased at the 2020 Auto Expo. It gets the same headlight design and also gets boomerang shaped LED DRLs, which look good. It will be launched on September 08, 2022.

The XUV400 could come with the option of two battery packs. Only one electric motor can be given in it, which will be connected to its front wheels. Its electric motor will be able to generate maximum power of about 150hp. This electric SUV Singer can give a range of about 350 km to 400 km on a full charge. At the same time, its rival Tata Nexon EV Max can give a range of 437 km. At the same time, the standard Nexon EV has an ARAI certified range of 312 km.