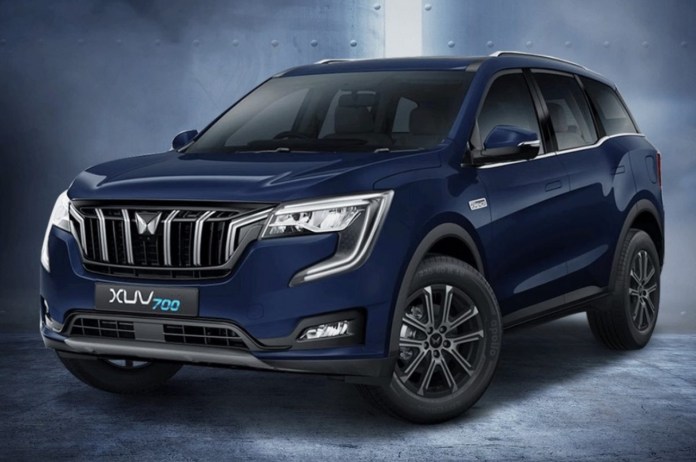 New Delhi: Mahindra has launched the XUV700 mid-size SUV in the country in 2021. The new Mahindra XUV700 has received an overwhelming response from car buyers. The company got more than 1.5 million orders for the new model.

Almost 1 million customers are still waiting for their cars to be delivered. Currently, the SUV has a waiting period of almost 2 years.

Mahindra is currently facing supply chain constraints along with a shortage of semiconductor chips. The domestic automaker has also made some changes to the feature list of the XUV700. Mahindra has removed several features, starting from the entry-level MX variant to the range-topping AX7 L.

The company has removed the rear parking sensors, height-adjustable driver’s seat, headlamps and rear spoiler from the base MX variants.

The Mahindra XUV700 AX3 variants are no longer offered with rear wiper and defogger and selective unlocking of doors and trunk lid.

It now comes with normal cruise control, while adaptive cruise control with Stop & Go is only available on the top-spec AX7 L Automatic. The AX7 L variant is also equipped with sequential LED indicators.

Read More: Mahindra’s 5 electric SUVs to be unveiled next month

The new Mahindra XUV700 is offered with two engines – a 2.0-litre turbocharged petrol engine and a 2.2-litre turbo-diesel engine.

Transmission options include a 6-speed manual and 6-speed automatic torque converter. The petrol engine churns out a maximum power of 200 horsepower and a maximum torque of 380 Nm.

Japanese automaker Suzuki is working on a 5-door long-wheelbase version of the Jimny to be launched in India in 2023. The company has unveiled a new limited edition Jimny 4Sport in Brazil. The new Suzuki Jimny 4Sport, designed as an SUV focused more on off-road, will be limited to just 100 units.

It is the most expensive iteration of the Jimny on sale in international markets. The new Suzuki Jimny 4Sport Limited Edition comes with a snorkel near the A-pillar that increases its wading capacity by 600mm.

The new limited edition comes with a tubular rockslider in matte black. It is an accessory that acts as a side step and claims to protect the body from dents when driving on rough roads such as crossing ravines and rocks.

The SUV has four towing hooks painted in blue, a roof rack painted in matte black and a black skid plate.

The Suzuki Jimny 4Sport comes with light blue painted trailers, black painted roof, side moldings, black 4Sport badges with blue outlines on the doors and blue graphics near the hood and on the top of the snorkel.

The cabin also features a light blue motif on the stitching on the steering wheel, seats and side vents. Floor mats are made of rubber.

The headrest is embossed with a blue “4Sport” badge. The rest of the vehicle looks identical to the regular Jimny Sierra.

The new limited edition Jimny is powered by a naturally aspirated 1.5-liter four-cylinder that produces 108 horsepower and 138 Nm of torque.

It is paired with a 4-speed automatic transmission with 4×4 drive. It is available in 5 color variants – Silk Silver, Grey, Black, Kinetic Yellow and White.