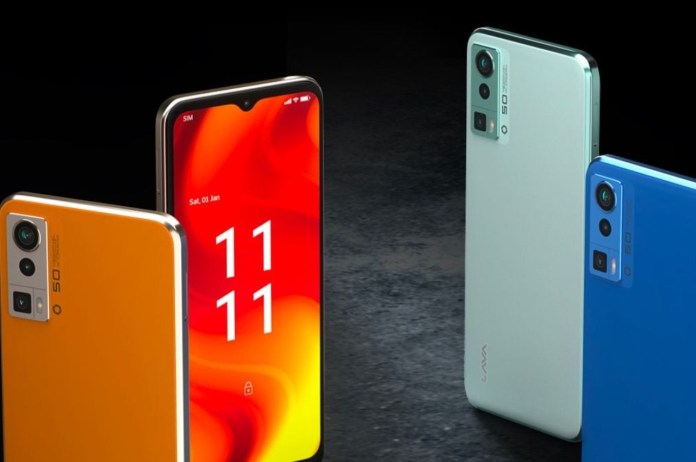 New Delhi: Lava Blaze Pro has been launched in India. It comes with dual sim and 4G connectivity. It has a 6.5-inch IPS screen. It comes with HD+ resolution. It has a refresh rate display of 90Hz. MediaTek Helio G37 processor is given in this phone with 4GB RAM.

Up to 64GB of internal memory has been provided in Lava Blaze Pro. It can be expanded up to 256GB with the help of microSD card. The Lava Blaze Pro features a 50-megapixel AI triple rear camera setup with LED flash.

The price of Lava Blaze Pro in India has been kept at Rs 10,499. This price is for its 4GB RAM and 64GB internal storage. Apart from this, a storage variant of 32GB has also been introduced. The price information of which has not been given at the moment.

This phone can be purchased in Glass Green, Glass Orange, Glass Blue and Glass Gold color options. The company has confirmed that this phone will be sold through Flipkart, Lava e-store and retail stores. Information about its sale date has not been given at the moment.

Android 12 has been given in Lava Blaze Pro. It comes with a 6.5-inch 2.5D curved IPS display. It has HD + resolution with 90Hz refresh rate. This smartphone is powered by an octa-core MediaTek Helio G37 processor paired with up to 4GB of RAM and up to 64GB of internal memory.

The phone’s storage can be expanded up to 256GB with the help of microSD card. The RAM of this phone can be increased to virtually 3GB. For photography, a 50-megapixel AI camera setup has been given in its rear.

Apart from this, macro and portrait camera sensors have also been given in it. Through the camera setup, users can scan the QR code. The front of the phone has an 8-megapixel sensor for selfies and video calls. For connectivity, it has support for LTE, Bluetooth v5.0, Wi-Fi, OTG, 3.5mm audio jack and GPS.

For security, it has a side-mounted fingerprint sensor. This phone has a 5.00mAh battery with USB Type-C port charging support.