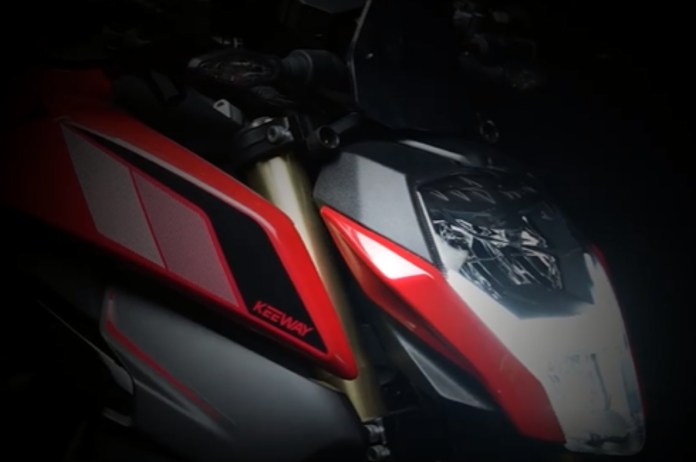 The trailer shows the sharp design of the headlights and the tank covers that cover the upper half of the front forks. In addition to these details, the Keeway motorcycle appears to be finished in red with black and white graphics on the front bikini visor and tank covers.

The trailer takes a closer look at the Keeway QJMotor SRK350, a motorcycle powered by a 353cc parallel twin engine mated to a 6-speed gearbox. If it is this bike, then the SRK350 will be the country’s first 650cc in-line twin cylinder naked bike.

The reason for the speculation is that when Keeway launched the Vieste 300, Sixties 300i and L-Light 250V in India, the company announced its plans to launch street naked bikes and fully equipped bikes in the country.

This means that when Keeway launches the new street naked bike in India, it will be competing with the likes of the KTM 390 Duke, the new Honda CB300F and the Bajaj Dominar among others. Also, considering the pricing of other Keeway products in India, expect the new bike to be priced at a premium, ~Rs 3.5 lakh ex-showroom.