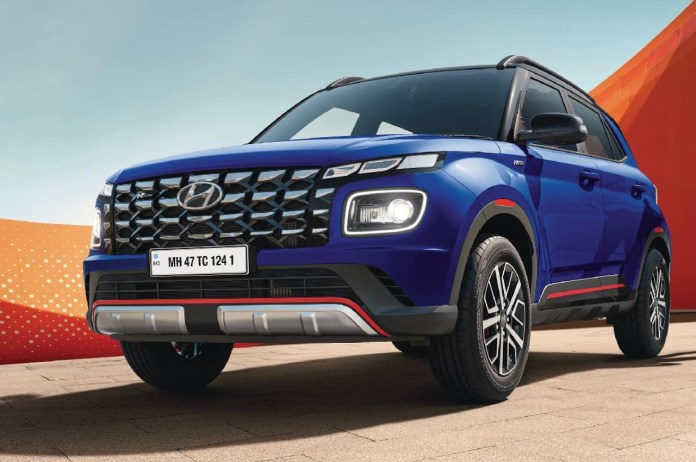 New Delhi: Hyundai Motors is all set to launch its Venue N Line SUV in India tomorrow. The performance version of the Venue N Line SUV will be the second N-Line model of the Korean automaker to be offered in India after the premium hatchback i20 N Line. Hyundai will announce the price for the Venue N range on Tuesday after the car’s bookings open for customers.

Under the hood, the Korean automaker would offer this SUV with a 1.0-liter three-cylinder DOHC Inline petrol engine. The engine is expected to be capable of producing a maximum power of 118 bhp and a maximum torque of 172 Nm. Hyundai will most likely tune the transmission for better performance compared to the standard Venue models.

The upcoming SUV will be offered in four variants with a choice of two trims called N6 and N8 and is based on the next generation model that was launched earlier this month. The difference between the standard SUV Hyundai Venue and the N Line models is mainly in cosmetic modifications and several technical modifications.

The N Line version is easy to pick out with red graphics all over the exterior of the quad and N Line badging on the grille and rear. The rest of the exterior will most likely be kept by the automaker similar to the new generation Venue SUV.

The upcoming Hyundai Venue N-Line will be offered with two separate exterior colors which are Shadow Gray and Polar White. There will be two exterior two-tone options that include a combination of Polar White with a Phantom Black roof and Thunder Blue with a Black roof. The Thunder Blue color will not be available in one tone.

More changes are expected inside the Hyundai SUV. It will feature sports seats, a leather-wrapped shift knob with the N-Line logo and a few cosmetic changes to elevate the sporty-feeling interior.