Hyundai Grand i10 NIOS Facelift: All you need to know about 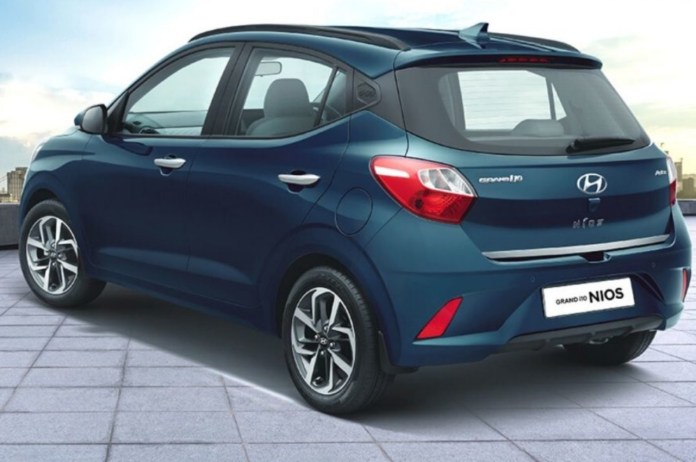 New Delhi: Hyundai Motor is planning to bring many new models and facelifts in the market next year. At the 2023 Auto Expo, the company will showcase the Creta facelift, Ioniq 5 electric crossover and a micro SUV concept car. The new generation Hyundai Verna is also likely to be unveiled at the same event. Along with this, the company will also give facelift updates to its hatchback Grand i10 Nios and compact sedan Aura next year. According to media reports, the new 2023 Hyundai Grand i10 Nios will be launched in the middle of 2023 and the new Hyundai Aura by the end of the year.

The Grand i10 Nios facelift will get the company’s sensuous sportiness design language, redesigned front bumper and boomerang-shaped LED DRLs located near the bumper. New alloy wheels can also be given in it. Some changes can also be made inside the cabin. New interior themes and upholstery can be seen in the new Hyundai Grand i10 Nios. The facelifted version will also continue to get the existing 1.2L naturally aspirated petrol and 1.0L turbo petrol engines, which produce 114Nm with 83bhp and 172Nm with 100bhp respectively. The option of CNG version can also be found in it.

Hyundai’s sensuous sportiness design can be seen in this compact sedan just like the updated Grand i10 Nios. It is expected to get a newly designed front grille, updated front bumper and headlamps. In the rest of the interior, some changes can be made in the exterior as well. The company can give new alloy wheels set in it. The updated model lineup diesel engine will be discounted. It will get the option of 1.2L, 4-cylinder petrol with 83bhp power and 1.0L, 3-cylinder turbo petrol engine with 100bhp power.

Tata Motors will also present the facelift model of its popular SUV Harrier at Auto Expo 2023. Many new changes will be seen in this. But the existing engine will be retained in it.