Hyundai Creta facelift launch in India by April 2023: Price, features and much more! 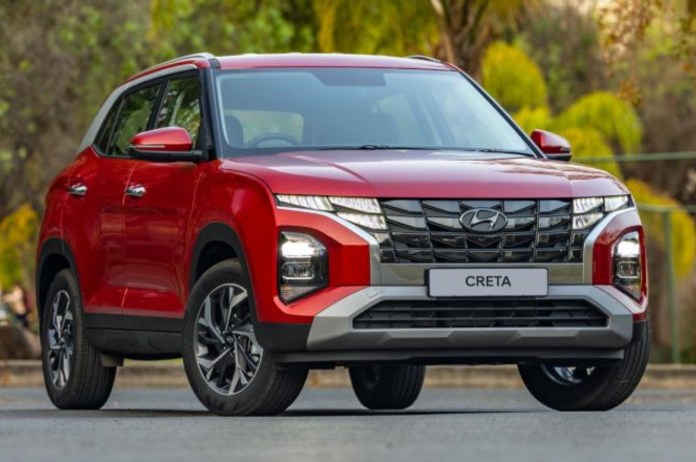 New Delhi: Hyundai launched the second generation Creta SUV in March 2020. Since then till now this SUV has maintained a strong hold in the market. It is one of the best selling mid size SUV in India. Hyundai recently also launched the Night Edition of this SUV and now it is going to come in a new avatar soon.

Hyundai’s updated Creta is expected to be introduced at the 2023 Auto Expo. According to a local dealership, the company has stopped the supply of the old model and now the new model will be delivered to them in March. The new Creta will be externally inspired by Hyundai’s new Tucson. It will get a new parametric front grille and LED DRL fin shape element. The SUV gets boomerang shaped LED taillights and newly designed 17-inch alloy wheels and a redesigned tailgate.

Talking about the interior, the layout of the cabin will remain the same as the current model, but the new Creta may get a new color scheme. The car will also get a larger infotainment system with wireless Apple CarPlay/Android Auto and a fully digital instrument cluster similar to the Alcazar.

The 2023 Creta will continue with the existing powertrain options, which include 1.5-litre MPi petrol, 1.5-litre CRDi diesel and 1.4-litre tGDi turbo petrol engines. Also, it will get the option of 6-speed manual, 6-speed iMT, 6-speed IVT and 7-speed DCT transmission.

According to an estimate, the new Creta will be at least Rs 50,000 more expensive than its current model. This car will compete with Kia Seltos, Maruti Grand Vitara, Toyota Hyrider, Volkswagen Tigun and Skoda Kushaq.

Will it compete with Skoda Kushaq?

Skoda’s Kushaq SUV gets two petrol engines, in which 1.0 turbo petrol with power output of 115 PS and 1.5 liter turbo petrol engine with 150 PS power output is available. A 6-speed manual gearbox is standard with both the engines. At the same time, a 6-speed torque converter is available with the 1.0-liter engine and a 7-speed dual-clutch automatic gearbox with the 1.5-liter engine.