Hyundai Motors India might launch the new Casper in the micro SUV segment in the coming times. Check details: 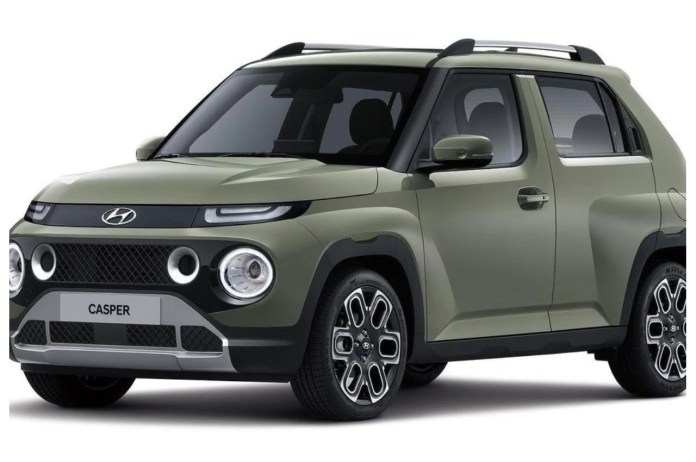 In fact, micro SUVs are selling well in the Indian market and in such a situation, a company like Hyundai also wants to give people another option through Casper. The Hyundai Casper can be offered in the price range of Rs 6 to 9 lakhs in India.

Talking about the looks and design of this micro SUV from Hyundai Motors, the 3,595 mm long Casper has been developed on the K1 compact car platform. Hyundai Grand i10 Nios and Hyundai Centro are built on this platform. Casper looks like Baby Venue.

At the front, it gets a single slate grille along with round headlamps, LED DRLs, LED rings in the lower bumper, an aggressive bumper, a silver cover strip and a wide air baffle. This micro SUV gets a two-tone roof, angular wheel arches, multi-spoke alloy wheels and a black plastic body.

The Casper can be offered with a five-speed manual and an AMT transmission. On the other hand, in terms of features, it gets two-tone interior, 8-inch touchscreen infotainment system with Android Auto and Apple Car Play support, multi-function steering wheels, connected car technology, keyless entry, adjustable armrest, reverse parking camera and dual airbags as standard . More security features will be on display.