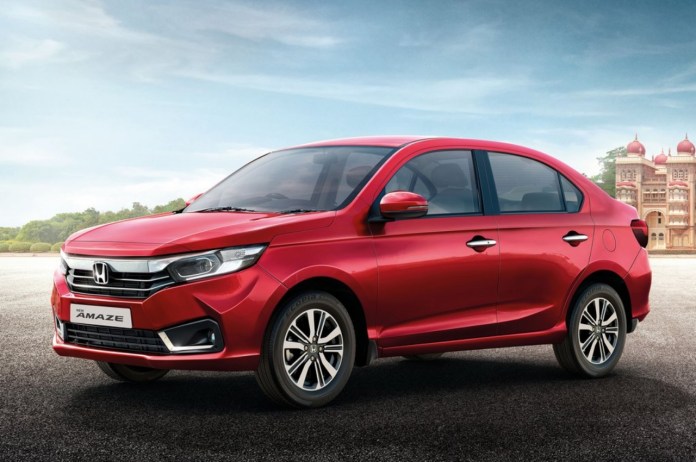 New Delhi: If you are thinking of bringing a budget sedan car to your home in this new year. So here we are going to give you information about 4 such great options. Which you can consider.

The first number in the budget sedan car is the Hyundai Aura sedan car. The price of which ranges from Rs 6.09 lakh to Rs 8.87 lakh ex-showroom. Talking about its features, it also has 402 L of boot space with features like wireless phone charger, 8-inch touchscreen infotainment system with Android Auto and Apple CarPlay connectivity, auto air conditioner, cruise control. On the other hand, talking about its power train, the engine in it is 1.2-L petrol engine, which is capable of giving power of 83 PS and peak torque of 114 NM. Its second 1L turbocharged petrol engine, which is capable of producing 100 PS of power and 172 NM of peak torque. Both the engines get the option of 5 speed MT and AMT transmission. This sedan car gives a mileage of up to 20.1 kmpl.

Tata’s Tata Tigor sedan car is present at number two. Which are available in four variants at the price of Rs 6.10 lakh to Rs 8.84 lakh ex-showroom. It gets boot space of 419 L. Talking about its features, from rain sensing wipers to push start-stop button, keyless entry, auto AC with Android Auto and 7-inch touchscreen infotainment system with Apple CarPlay connectivity has also been given. Talking about its engine, it is powered by a 1.2 L petrol engine that is capable of producing 86 PS of power and 113 NM of peak torque. In which 5 speed manual transmission is given. The company claims a mileage of 19.27 kmpl.

Maruti’s best selling sedan car is Maruti Dzire at number three. Which is available in the price range of Rs 6.24 lakh to Rs 9.18 lakh. This sedan car is available in four variants with boot space of 378 liters. On the other hand, talking about its features, features like cruise control, auto folding ORVM, push button engine start stop and auto AC are available with touchscreen infotainment system with Android Auto and Apple CarPlay connectivity. The car is powered by a 1.2 L Dual Jet petrol engine. Which is capable of giving power of 90 PS and peak torque of 113 NM. Which is paired with a 5 speed standard gearbox. The car returns a mileage of 22.61 kmpl on petrol and 31.12 kmpkg on CNG.

Honda’s Honda Amaze sedan car at number four in the list of budget sedans, which is available with three trims at a price ranging from Rs 6.63 lakh to Rs 11.50 lakh ex-showroom. You get 480L of boot space in this car. Talking about its engine, it gets the option of both 1.2 L petrol and 1.5 L diesel engine with 5 speed manual and CVT gearbox. This car is capable of giving a mileage of 18.6 kmpl on petrol engine and 24.7 kmpl on diesel.