Hyundai Aura Facelift: All you need to know about! 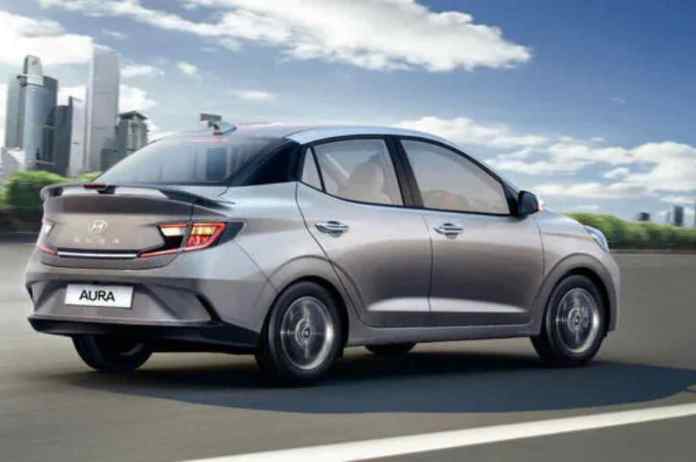 New Delhi: Hyundai has already launched the facelift version of its Aura and Grand i10 Nios sedans from January 9 with a token amount of Rs 11,000. Now the company has informed that its launch can be done in this week itself. Both these cars are expected to be launched simultaneously. Even before the launch of these cars, the official brochure of the new Aura has surfaced online, in which key details of the car have been revealed.

Many new features will be added to the new Aura facelift as compared to the current model. Now the car gets four airbags along with ABS and EBD as standard. While the top variant will also get the option of six airbags, ESC and hill hold assist. It also gets adjustable rear head restraints and footwell lighting in the front row. The new instrument cluster now gets two analog gauges for speedometer and tachometer, Tire Pressure Monitoring System (TPMS), and a new 3.5-inch Multi-Information Display (MID). Hyundai has replaced the Vintage Brown color option for this car with Starry Night shade which is seen on cars like Verna, i20, Alcazar and Tucson. The Aura facelift will also feature an 8-inch touchscreen with Android Auto and Apple CarPlay, automatic climate control, rear AC vents and a wireless charger.

The 1.2-litre petrol engine will be retained in the Aura facelift, which can generate 83hp power and 113.8 Nm torque. It also gets the option of a CNG kit, which outputs 69hp/95.2Nm. Both the options will come mated to a 5-speed manual gearbox. While the option of AMT gearbox will also be available in the petrol engine. Details about its current 1.0-litre turbo-petrol engine are not clear.

What will be the cost of Hyundai Aura facelift?

The price of Hyundai Aura facelift can be between Rs 6.5 lakh to Rs 9.5 lakh. Its competition in the market will be from Tata Tigor, which is available between Rs 6.10 lakh to Rs 8.84 lakh. It gets a 1.2-litre 3-cylinder petrol engine, which produces 86PS/113Nm of power output. This engine is mated to either a 5-speed manual or a 5-speed AMT gearbox. Its CNG variant is also available in the market.