Honda City to get a facelift soon: Date, price and features 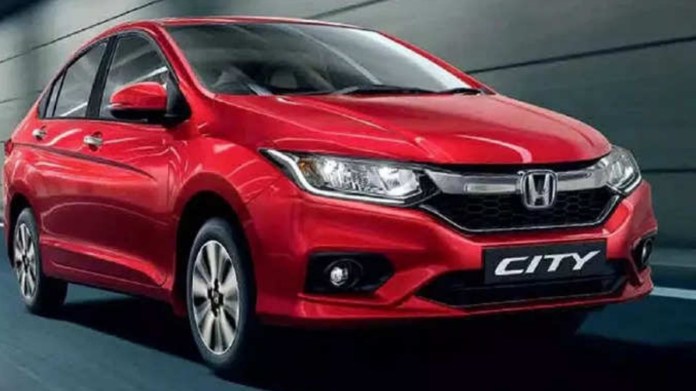 New Delhi: Japanese automaker Honda Motors is about to bring a mid-lifecycle update for the 5th generation City sedan in India, which could be launched by March 2023. This car will be the first update of the current fifth generation Honda City. But it is not expected to change much. Minor cosmetic changes can be seen in it. Along with this, a new petrol-hybrid powertrain variant can also be launched.

What can be the change?

The car will see mid-lifecycle updates like changes only in the soft plastic parts. It is also expected to get an updated front and rear bumper along with new alloy wheels. Changes will also be made in the variant line-up of Honda City, but there will not be much change in its interior. Features updates like ventilated seats, a wireless charger can be found in it.

City e:HEV to get more variants

Currently, only the top-spec model of the Honda City, the E:HEV, gets the hybrid powertrain, which is priced at Rs 19.89 lakh, ex-showroom. It is much costlier than the standard City Petrol, whose ex-showroom price for the top model is Rs. 15.62 lakhs. There is also news in the media that the company may bring an affordable trim of the Honda City e:HEV.

Will get only petrol engine

Only petrol engine option will be available in the new Honda City facelift. Also, it is already being discussed that Honda will discontinue the 1.5-litre diesel engine of the City due to the new RDE norms coming into effect from April 2023.

With whom will there be competition?

The Honda City facelift may be priced at a slight premium. After launching, this car can compete with cars like Skoda Slavia and Volkswagen Virtus in the market. The Skoda Slavia gets a choice of a 1-litre turbo-petrol unit with 115PS and 178Nm outputs and a 1.5-litre turbo diesel engine with 150PS and 250Nm outputs. It gets a 6-speed manual transmission with a 6-speed automatic torque converter.