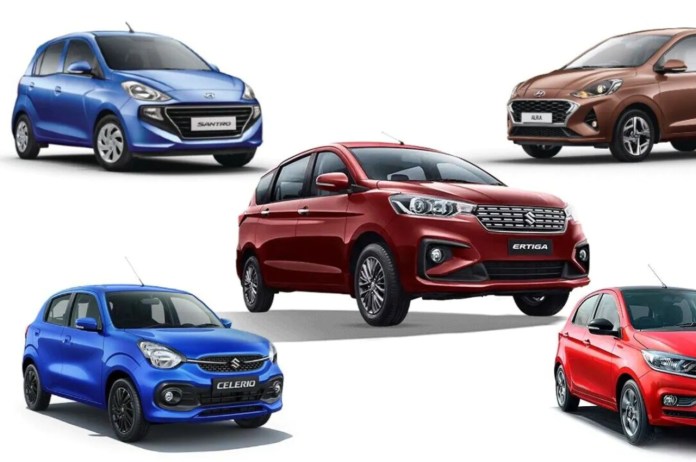 New Delhi: Maruti Suzuki’s current backlog of over 1.2 lakh CNG models is a testament to the popularity that CNG vehicles are currently enjoying in India. CNG models alone account for 33 percent of Maruti’s nearly 4 million backlog.

Of course, there are other players in this space like Tata Motors and Hyundai, but none of them offers as extensive a range of CNG models as Maruti with seven models across the hatchback, sedan and MPV segments. Here we take a deep dive into the five most fuel efficient CNG models in the Maruti portfolio, arranged in ascending order.

Launched earlier this month, the Swift is the latest model in the Maruti Suzuki range to be offered with a factory-fitted CNG kit. It is powered by a 77bhp, 98.5Nm 1.2-litre 4-cylinder engine in CNG specification and has an ARAI certified fuel economy of 30.90 km/kg.

This makes it more efficient than its rivals Hyundai Grand i10 Nios (28.5 km/kg) and Tata Tiago (26.49 km/kg). The Swift CNG is also the most powerful of the series.

The Swift CNG is available in mid-range VXi and ZXi trims and is priced between Rs 7.77 lakh and Rs 8.45 lakh and is the only model in its class to be availed on a subscription basis.

The Dzire CNG is powered by the same 1.2-litre K12C engine as the newly launched Swift CNG and while the power and torque figures are identical for both models, the Dzire CNG is slightly more efficient with an ARAI of 31.12 km/kg.

And that’s despite the extra weight over the Swift hatchback. The Dzire CNG rivals the Aura CNG (28.5 km/kg) and the Tigor CNG (26.49 km/kg) and while it is more efficient and powerful, it is also the most expensive of the lot.

Similar to the Swift, the Dzire CNG is also available in mid-range VXi and ZXi trims and is priced between Rs 8.23 ​​lakh-8.91 lakh.

Maruti Suzuki recently launched the third-gen Alto K10 in India, but the second-gen model continues to be sold with a smaller 0.8-litre engine, which is offered in both petrol and CNG guises. The 796cc three-cylinder engine produces 40bhp and 60Nm of peak torque in CNG specification and has a fuel consumption figure of 31.59km/kg according to ARAI.

This makes it the least powerful CNG vehicle in the country, but it is also the most affordable at Rs 5.03 lakh and is available in a single LXi (O) trim.

The new Alto K10 with the 1.0-litre K10C engine will also be offered with a factory-fitted CNG kit in the near future and could be even more efficient than the 0.8-litre version.

Also Read :- Toyota Innova Hycross to be unveiled on THIS date

The Wagon R CNG comes with a 60-litre fuel tank, but unlike its petrol counterpart, it does not have an idle start-stop system.

Celerio CNG is currently the most fuel efficient CNG vehicle in India. The Celerio CNG is powered by the same 1.0-litre K10C engine as the Wagon R and reports a marginally better fuel economy of 35.60 km/kg.

In CNG spec, the Celerio produces 57bhp and 82Nm of peak torque – identical to the Wagon R. Maruti Suzuki is offering the Celerio CNG only in mid-level VXi trim at Rs 6.69 lakh. Celerio is the most fuel efficient hatchback in the country in both CNG and petrol form.