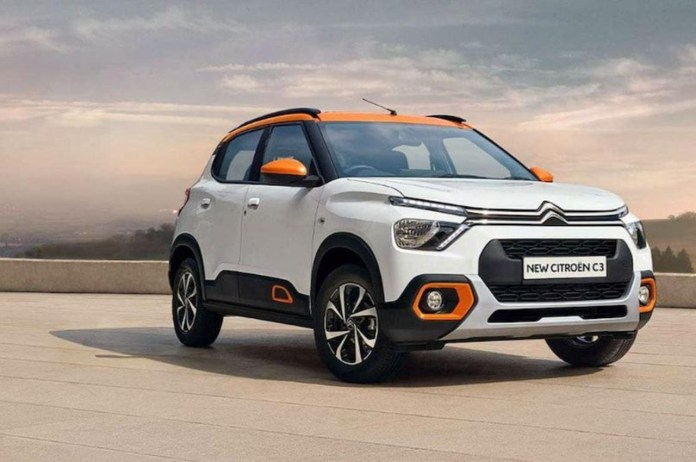 New Delhi: Carlos Tavares, global CEO of Stellantis, confirmed that the all-electric Citroen C3 “will be launched early next year”. The exact date has not been announced, but it is likely to be in January shortly after Auto Expo 2023.

Citroen’s first electric offering called the e-C3 for India comes just six months after the launch of the petrol C3. The company is quick to point out that no other mass manufacturer has developed and brought to market an EV variant of the ICE in such a short period of time.

A big target for Citroen is the price of the electric C3. “How to make electric cars affordable for the middle class is the biggest challenge,” Tavares said during a media interaction in Chennai on Wednesday. “Only affordability can set the scale and only then can it have a significant impact on the environment.”

To keep costs under control, the e-C3 will have a modest 30.2 kWh battery, and sources tell us it will use LFP cells from Chinese firm Svolt. The car will have a 3.3kW on-board AC charger and will also be capable of CCS2 fast charging. However, Citroen also wants it localized. “I would like to buy a battery from an Indian supplier. I’m still looking for it. We haven’t found the source yet; it will happen in the next few years,” Tavares said.

In comparison, the largest battery available in the Tata Tiago EV is 24 kWh, good for an ARAI range of 315 km, while the Tata Nexon EV Max uses a 40.5 kWh battery, giving it an ARAI range of 437 km, so the little Citroen e-C3 could also get surprisingly long range.

We’ve also learned that the Citroen eC3’s single electric motor will produce 63 kW (86 hp) and 143 Nm, which again is quite modest. By comparison, the petrol Citroen C3 1.2 Turbo produces 110bhp and 190Nm and the EV is likely to be heavier. This means that the Tata Tiago EV produces just 74bhp and 114Nm.

To optimize costs, the electric version of the C3 will share all other highly localized parts and components with the petrol model. Body, interior and mechanicals are common; So the e-C3 looks identical to its petrol cousin, the only differentiating feature being the charging port located on the front fender. The interior is also likely to remain unchanged, with the exception of the drive controller, which replaces the petrol manual’s gear lever.

Citroen is confident that it will be able to price the e-C3 competitively, and while no pricing and positioning details have been given, it’s fair to assume it will be around Rs 10-12 lakh or somewhere in between the Tata Tigor EV. and the Nexon EV, which is very aggressive by multinational standards.

This competitive price also makes the e-C3 the most affordable Citroen EV in the world, with the exception of the Citroen Ami, which is a four-wheeler. This would also give it huge potential in export markets where compact EVs are popular but the price-to-size ratio still can’t match the ICE.

Sales and export of Citroën e-C3

The e-C3 is being driven a lot, which, in addition to the deployment of Citroen’s EV technology in India, will significantly increase total C3 volumes, which have been disappointingly low by segment standards.

Supplier sources indicate that annual production volume of the e-C3 has been planned for 25,000 units per year, which includes a significant amount for export.

Enthusiastic about the e-C3’s export potential, Citroen Tavares says, “India has a big opportunity to sell compact electric cars at an affordable price that protects profitability. Because the country has such a cost-competitive supply base, so [exporting to Europe] is possible.” But he also warns that there is no concrete plan yet and that exporting to Europe is no “walk in the park”.

With all the buzz around electric cars in India, the e-C3 could be just what Citroen needs to build awareness of its compact crossover and get it on the radar of car buyers.