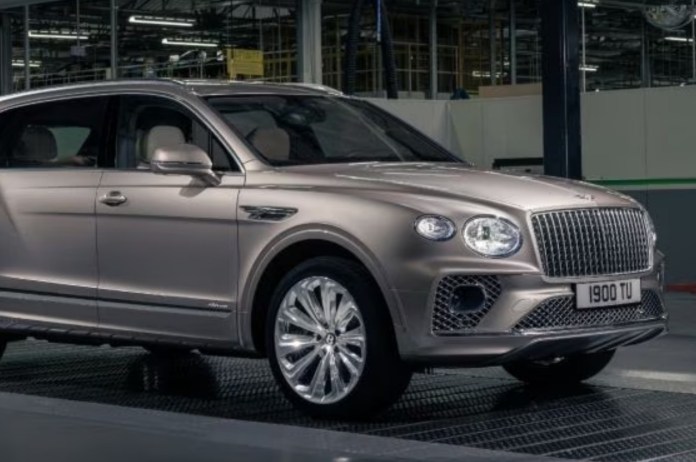 New Delhi: British luxury car manufacturer Bentley has launched its new car Bentayga Extended Wheelbase in India. The company has kept the initial ex-showroom price of this car in Delhi at Rs 6 crore in the country. There are two variants of this car available, which include Azure and First Edition. The Bentayga is included in the company’s top line-up and is also the flagship model in the market. Earlier, the Mulsanne sedan was the top model of the company’s lineup, which was discontinued by the company in 2020.

How is the car

The wheelbase of the Bentayga EWB is 180mm longer than the regular model, which in turn offers more space for the rear seat passengers. It gets a twin-turbo V8 petrol engine while minor cosmetic changes have been made to its looks.

With the large wheelbase, this car has been brought with 4 and 5-seat layouts. In this, a space has been given between the two big seats at the rear. Despite having a longer wheelbase, Bentley has not offered the Bentayga EWB with a 7-seater option. While this option is available in the standard Bentayga. It gets an airline seat-like layout, with a new type of climate seat that automatically adjusts the cabin temperature and air ventilation according to the passenger’s body temperature and mood. The rear seats can also be reclined up to 40 degrees and the front seats can also be reclined. Footrest and heated cooled rear armrest are also provided. Also, it has been given different diamond quilting, LED backlit in a new pattern on the doors. It gets a new vertical slotted grille, new polished new 22-inch, 10-spoke alloy wheels.

The Bentayga EWB has been brought to India only with the 550hp, 4.0-litre V8 engine. A plug-in hybrid powertrain is also available in this car globally. With this engine, the SUV can accelerate from 0-100 kmph in just 4.6 seconds. The top speed of this car is 290 kmph. It gets rear-wheel steering which significantly reduces the turning circle of the SUV.

The car will compete with the Rolls-Royce Cullinan in the Indian market. The cost of this car is Rs 6.95 crore. However, the Cullinan only gets a single wheelbase.