Bajaj Pulsar N160 vs Hero Xtreme 160R: Which one you should buy! 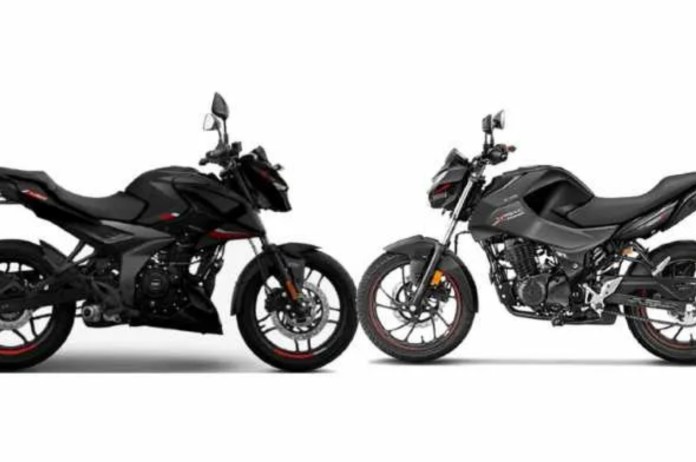 New Delhi: The sports bike segment is very popular in the country, due to which there is always a demand for bikes in this segment. In this segment, there are two such motorcycles in the range of 160cc, which are very much liked. These include Bajaj Pulsar N160 and Hero Xtreme 160R. Let us know about the specialty of both these bikes.

Bajaj Pulsar N160 is available in Delhi at an initial ex-showroom price of Rs 1.23 lakh, while its top model is available for Rs 1.28 lakh.

Bajaj Pulsar N 160 is powered by a 163cc single cylinder engine. This engine produces 15.2 PS of power and 14.65 Newton meters of maximum torque, which is paired with a 5-speed gearbox.

Hero Xtreme 160R also gets a 163cc single cylinder engine, which generates maximum power of 15.2 PS and torque of 14 Newton meters. It gets a 5 speed transmission gearbox.

According to Bajaj’s claim, the Pulsar 160N bike can run up to 55 km in a liter of petrol.

On the other hand, the mileage of Hero Xtreme 160R is up to 55.47 kmpl according to the company.

The Bajaj Pulsar N160 gets dual-channel ABS system with disc brakes at both the front and rear.

On the other hand, the Hero Xtreme 160R gets a single channel anti-lock braking system along with disc brakes at the front and rear.

Both the motorcycles share almost the same specifications, but the Bajaj Pulsar N160 gets dual channel ABS, which is more advanced than the single channel ABS of the Hero Xtreme 160R.