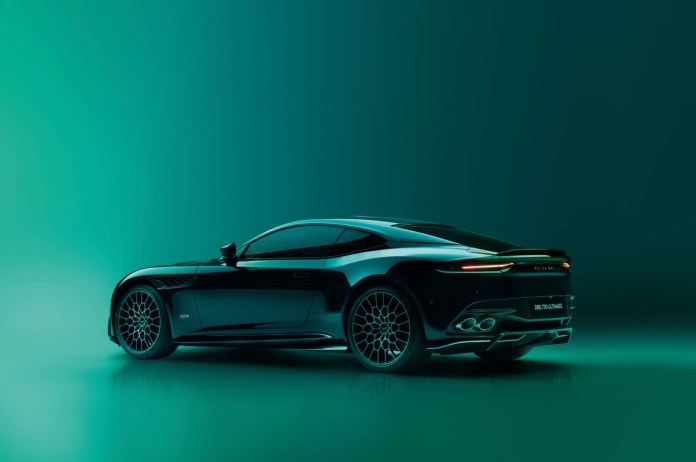 New Delhi: Aston Martin has designed its new DBS 770 Ultimate as a futuristic sportscar, giving it a new attractive look. Only 300 coupes and 199 convertibles of the Aston Martin DBS 770 Ultimate will be available under this upgrade. Out of which all the cars have been booked and deliveries will start by the end of summer.

The new DBS 770 Ultimate is powered by the company’s most powerful 5.2-litre, quad-cam V12 engine till date. In which power of 769hp and torque of 900 Nm is available only at 1,800 rpm. The 8-speed ZF gearbox has also been retuned to offer quicker shifts. The car can accelerate from 0-100kmph in just 3.2 seconds and has a top speed of 340kmph.

The Aston Martin DBS 770, which was launched last year, comes with a V12 engine that delivers massive power and a strong drivetrain coupled with a massive chassis that is easy to handle. The car also gets redesigned adaptive dampers on all four corners, as well as a new solid-mounted steering column for better control of denting rolling refinements, which helps in delivering a pleasurable driving experience. The front-end stiffness of the car has increased by 25 percent while the rear-end stiffness has been increased by 3 percent.

The upgraded Aston Martin DBX 707 gets an aggressive design makeover as compared to the current DBS, which looks quite different. It also gets horseshoe-shaped bonnet vents that enhance engine cooling, along with a redesigned splitter, as well as larger new air vents along with further downforce at the front, which boost airflow. Other key changes include more use of carbonfibre body components, a bespoke rear diffuser and a new 21-inch wheel.

The interiors are minimal, but now get top-rugged leather and Alcantara sports seats. The badging on the DBS 770 Ultimate looks stunning as it is laser printed with a different color combination used for the cabin trim and stitching.