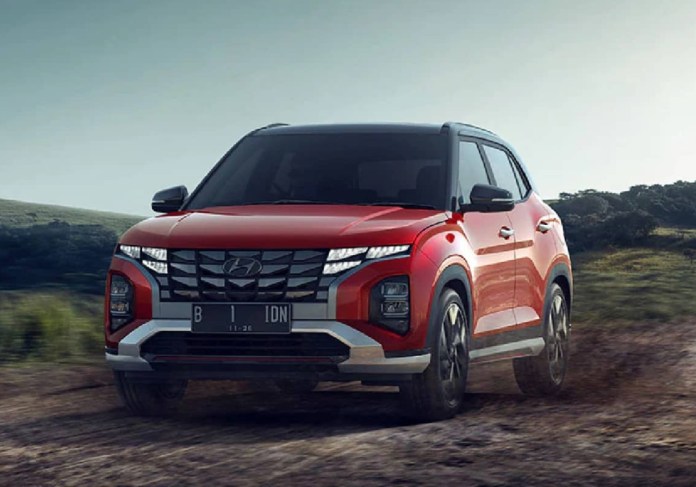 Maruti Suzuki is gearing up to launch the long-wheelbase version of the Jimny lifestyle SUV in the country in 2023. Testing of the new 5-door Jimny has already begun in Europe, where it is expected to be unveiled by the end of this year.

The Indian model will be unveiled at the Auto Expo 2023. The new model will ride on a longer wheelbase and will be longer than the outgoing model.

The SUV will have a 300 mm longer wheelbase and 300 mm length. The Suzuki Jimny LWB will be powered by a 1.5 liter K15C Dual Jet petrol engine with mild hybrid technology.

This engine is capable of producing 103 horsepower and 137 Nm of torque. Transmission options will include a 5-speed manual and a 6-speed automatic torque converter.

Maruti Suzuki has started testing the all-new SUV Coupe, which is set to make its world premiere at the Auto Expo 2023. It is expected to be launched in February next year. The new model, codenamed YTB, will be based on the Suzuki HEARTECT platform, which underpins the Baleno hatchback.

Hyundai has already launched the Creta facelift in select Asian markets including Indonesia and Thailand. The new model will come with design changes and an upgraded cabin along with several advanced features. It will come with a completely redesigned front fascia with a new signature grille and a new headlight setup.

Inside the cabin, the SUV is likely to get a new color scheme and an upgraded infotainment system. The SUV will also be equipped with ADAS features like forward collision warning system, autonomous emergency braking, lane assist, blind spot monitoring etc. It will continue to be offered with 3 engines – 1.5L petrol, 1.5L diesel and 1.4L turbo gasoline.

Toyota is developing a new generation Innova which has already been tested in India. It is rumored to be called the new Innova HyCross and is expected to be unveiled in November 2022. The next-generation model is said to be launched in January, most likely at the Auto Expo 2023.

It will be based on Toyota’s new front end. Monocoque platform with wheel drive and will ride on a 2850 mm long wheelbase. It is likely to be powered by a 2.0-liter petrol engine with a heavily localized version of the THS II (Toyota Hybrid System). The hybrid system has a two-motor arrangement, which increases its high “gauge” torque and fuel economy.

The domestic SUV maker has announced that it will launch a new five-door long-wheelbase version of the Thar lifestyle SUV in 2023. The new model will be more practical in terms of space for rear seat passengers. It will ride on a longer wheelbase compared to the two-door model, which should help offer more cabin space.

The 5-door Mahindra Thar will be offered with the same 2.0L turbo petrol and 2.2L diesel engines that power the 3-door Thar. The engines will likely be calibrated for higher power and torque. Transmission options will include a 6-speed manual and a 6-speed automatic torque converter.

Tata Motors is preparing a mid-size Harrier SUV facelift, which is expected to be launched sometime in 2023. It is likely to be unveiled at the 2023 Auto Expo. The new model is likely to come with subtle design changes and upgraded interiors.

In addition, the SUV will get ADAS functions, a 360-degree camera and more. It is also expected to get a new petrol engine which is missing from the current model.

Similar to the new Harrier, Tata Motors is also testing an updated version of the Safari SUV. The new model will also get several high-end features along with redesigned styling and interior.

It will also get ADAS features like autonomous emergency braking, lane keep assist, blind spot monitoring and more. The SUV is expected to get a new 1.5-litre turbocharged petrol engine with manual and automatic transmissions.

MG Motor India has started road testing of its upcoming entry-level electric car. The new model is likely to be unveiled at the 2023 Auto Expo and is expected to be launched in the country in the first half of 2023.

It is based on the Wuling Air EV, internally called the E230, which debuted in Indonesia earlier this year. The company will make some changes to meet the demands of the Indian market. The new model should have a battery capacity of around 20 kWh to 25 kWh, which is likely to offer a real range of 150 km. The power unit is expected to offer 40 horsepower.

Japanese automaker Honda has announced the launch of an all-new compact SUV in the country in 2023. It is expected to be unveiled at the 2023 Auto Expo in January. The new model will be based on the Amaze platform and will share engine options with the City sedan. It will compete with Hyundai Venue, Kia Sonet, Maruti Brezza, Tata Nexon and Mahindra XUV300.

Kia is expected to unveil the next-generation MPV Carnival at the Auto Expo 2023. The new model has been on sale for over 2 years in select international markets. In fact, the company recently upgraded the model.

In India, the next-generation Carnival is likely to use the same 2.2-litre diesel engine with a maximum output of 200 PS and 440 Nm. The transmission will also remain unchanged – i.e. an 8-speed automatic.

Petrol price on December 8: Is there any change in fuel price? Know here